The blog about the Pigeon… 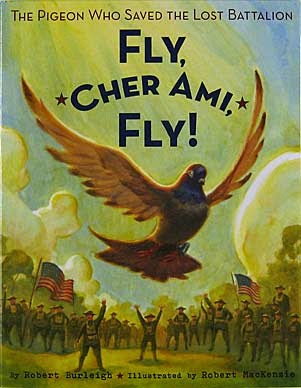 Following on from my blog about Animal Heroes in the First World War, the Dukes Theatre were kind enough to invite me along to one of the Lunabug Theatres productions of a play about the famous ‘Cher Ami.’ (Read on and you will find out more)

So as I made my way to the theatre I dodged a lot of  low flying Pigeons, walked round them as they were scratching about on the pavement, little did I realise that in a couple of hours time I would be a fully pledged Pigeon fan!!

Once I arrived at the theatre it was lovely to see the wide age range of ages in the audience from families with young children, teenagers, me and my mum and some older spectators….and everybody got involved and loved the performance. The actors came out for a meet and greet before the performance and spoke to a lot of the children asking them what they knew about Pigeons and the war…..and they knew a lot!! 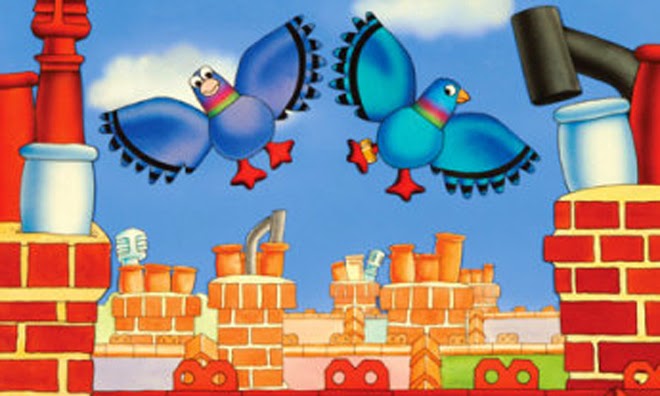 It was great to see, as it shows how education is changing and especially being 100 years since the First World War. When I was young the only Pigeons I knew about were the ones on Pigeon street!!

The two main characters in the play (apart from the VIPigeon) were the Pigeoneers Fred and Charlie. It showed their journey along with the pigeons through from the tiny little egg to ‘Pigeon’ getting her Croix de Guerre after saving the life of 197 soldiers (yes one little Pigeon did this.)

The play itself was brilliant, Fred and Charlie had us all in stitches and me being the ultimate softy – they even had my bottom lip quivering (waaaah!!) It was very cleverly done – no fancy special effects, stunt men or real pigeons were harmed. The props were brilliant…they made the most convincing  Pigeon out of two fork feet (one peg leg towards the end), a pair of gloves and a little tin soldier hat. They even had the audience aw-ing and cooing over it. 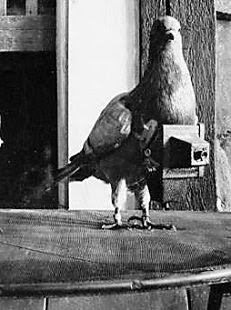 The play showed how Pigeon went from a fluffy clumsy baby learning to fly, to become a homing pigeon, spy and hero. We watched on as Pigeon got ‘The Call’ and had to start training and follow orders such as…. Fly Left!! Fly Right and Play Dead!! We saw how at first Pigeon was sent on missions with little messages attached to her leg to being parachuted out of planes with a camera round her neck – now who would ever suspect a pigeon of being a super spy. 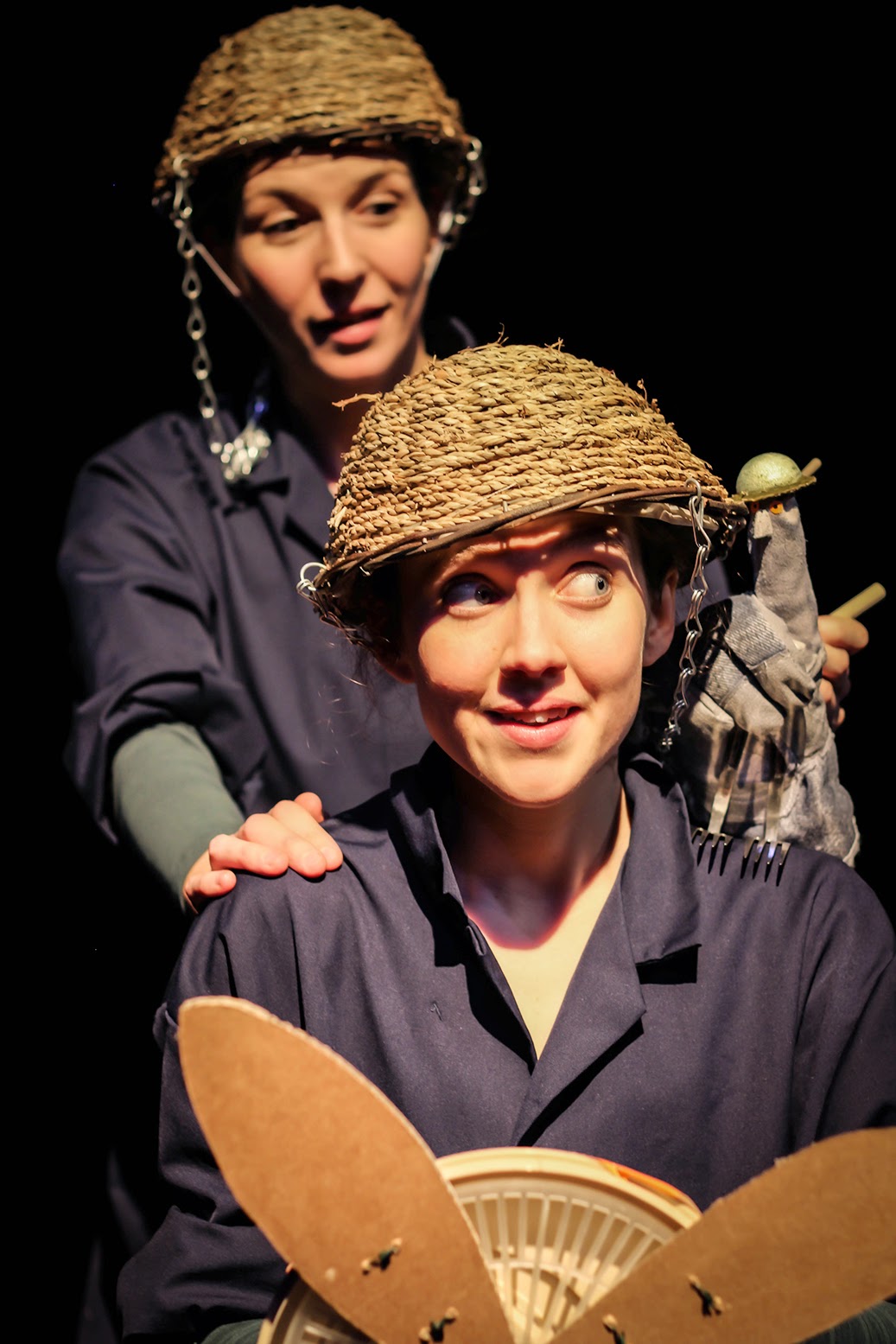 Once the training was complete Pigeon was a fully pledged soldier in her little tin hat. Nobody was to understand how much of a hero she was until the Battle of Argonne in October 1918. She had been assigned to the 77th Infantry Division who had found themselves stranded behind enemy lines with no food,water or supplies. As well as facing fire from the enemy they were also on the receiving end of friendly fire as the allies didn’t know it was them. The Battalion started off 500 strong but that number was decreasing quickly. It was up to the pigeons to fly a very dangerous mission and save them, especially as at this point the Germans knew how important the pigeons were and how they were the last point of communication for the ‘Lost Battalion.’ The Battalion had three pigeons which they all gave messages to deliver, these messages were attached to their legs in small tubes. If the pigeon was lost then unfortunately so were the messages. 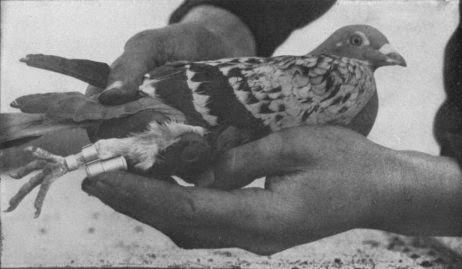 So the first pigeon was released and was sadly shot down, with two pigeons left the fate of the Battalion was looking dire. The second pigeon was also shot down so that left one pigeon (our ‘Pigeon’) left to save the Battalion. The message read:

‘We are along the road parallel to 276.4. Our own artillery is dropping a barrage directly on us. For heaven’s sake, stop it.’

This amazing pigeon delivered the message…after flying 25 miles in 25 minutes, being shot in the chest, loosing an eye, being covered in blood and having its leg hang off by a tendon…..the 77th Infantry Battalion was saved (the remaining 197 soldiers) Pigeon was actually shot down during the journey but managed to take flight again – what an amazing bird. This was the part of the play when my inner softy came out. 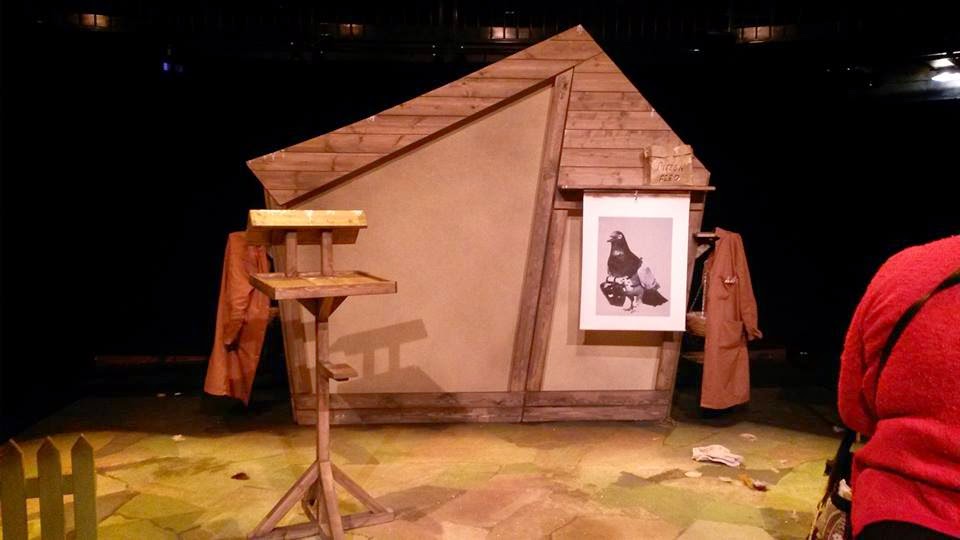 Once Pigeon landed and the message was handed over all efforts were put into saving the little heroes life….and it paid off. Pigeon was saved and at this point in the play – one of the legs was replaced with a little peg, just like she was given in real life. 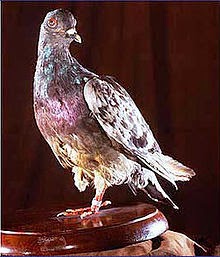 The pigeon was awarded the Croix de Guerre  Medal  for her heroic service in delivering 12 important messages in Verdun. She died at Fort Monmouth, New Jersey, on June 13, 1919 from the wounds she received in battle and was later inducted into the Racing Pigeon Hall of Fame in 1931. She also received a gold medal from the Organised Bodies of American Racing Pigeon Fanciers in recognition of her extraordinary service during World War I. 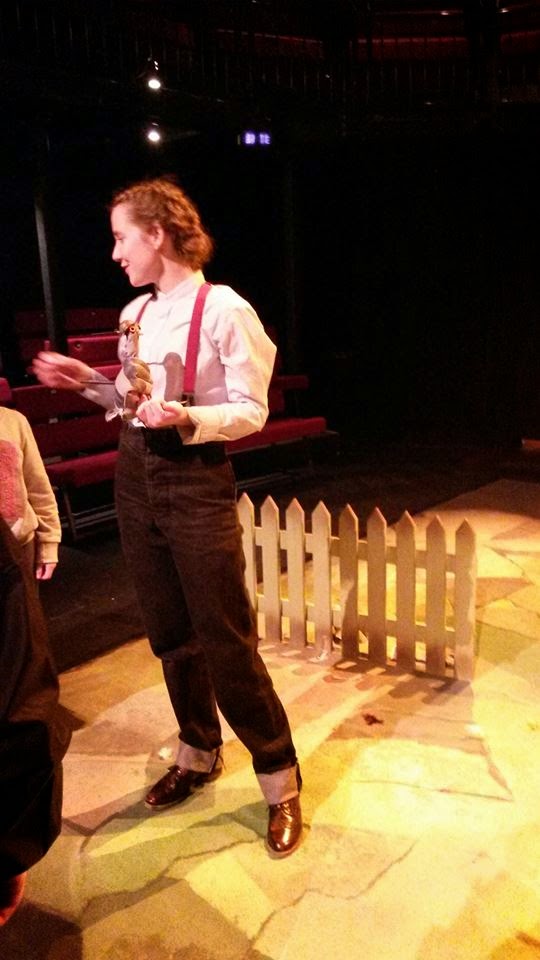 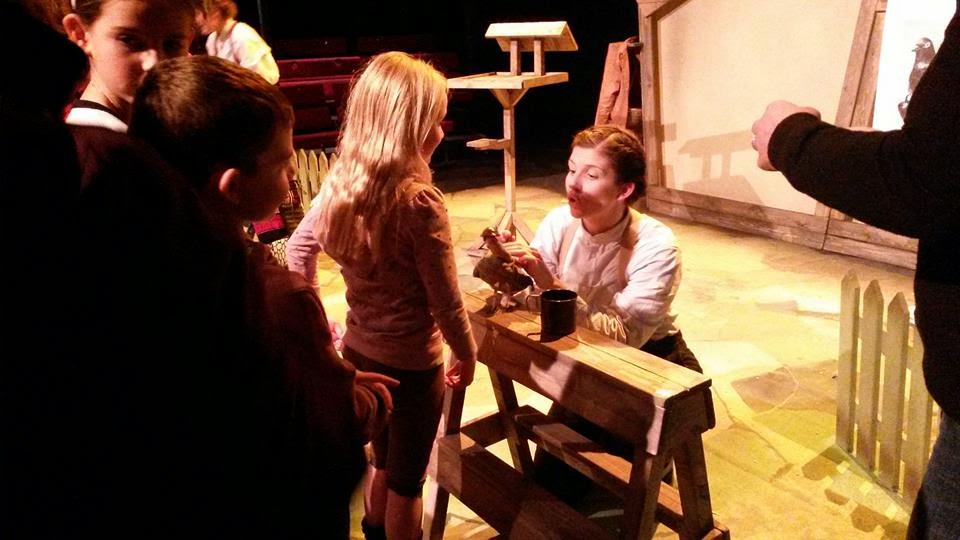 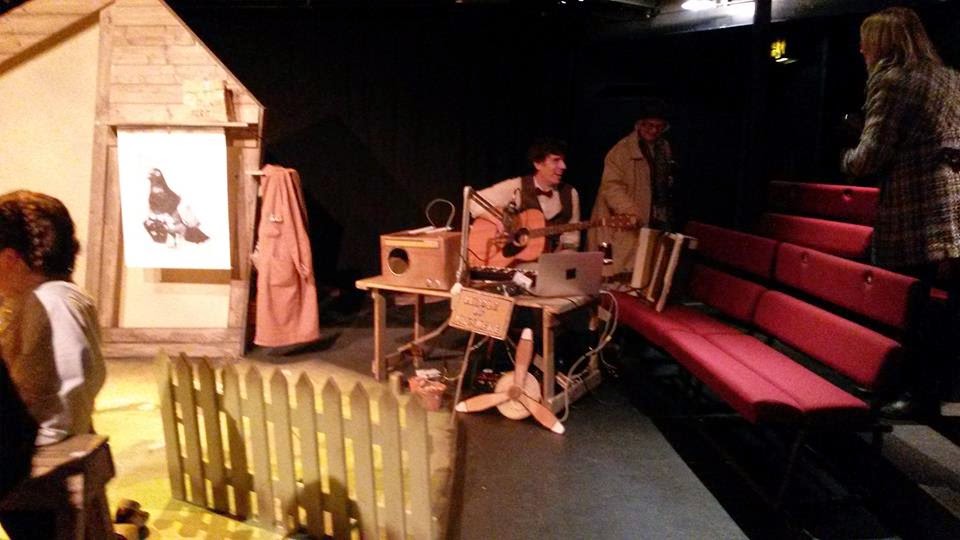 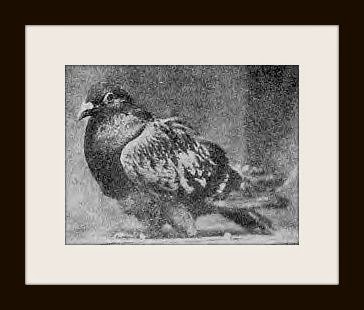 If you have any photos from the performance and don’t mind me posting them here then please forward them me on our Bay Vets Ltd Facebook account or to info@bayvets.co.uk

With thanks to The Dukes and the Lunabug Theatre for the invite.
Photos courtesy of google and me.
Cheryl Dixon-Baldwin
Bay Vets2020-06-18T15:01:29+00:00October 31st, 2014|Advice, General information, Link, Media, Photo|Comments Off on The blog about the Pigeon…

About the Author: Bay Vets