A Tribute to Broc Harrington

A TRIBUTE TO A BELOVED NATIONAL TREASURE

Broc was a fun loving Springer Spaniel with a difference. He was one of the countries top Drug Detection Dogs! The hot shots of this world don’t go unnoticed, even Queen Elizabeth II, knew all about Brocs triumphs within the Prison Service. 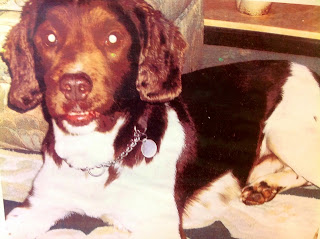 A bundle of brown and white fur with a nose for the future was born into this world in May 2000. He was quickly snapped up to train to be a detection dog. This required him to spend twelve months of intensive training, involving indoor and outdoor work, searching for explosives, drugs, and scent tracking.

Dogs have of 200 million olfactory receptors in their nose. These receptors are responsible for detecting a scent and passing it onto the olfactory lobe where the brain can recognise it, either as something normal, or as a scent they need to alert their handler to.

Training and working as a sniffer dog takes a lot of determination, a high drive, and a willingness to please. The chosen few need to be courageous to face the dangers that can come with working in this field. Criminals can lash out and try and hurt the sniffer dogs when they get caught out.

Sadly this happened a few times to Broc during his service for Queen and Country. Broc worked at Lancaster Castle Prison. He would be chief detector at the entrance doors for the visitors to sniff out any contraband trying to be smuggled in. He was also at the front of the pack for inmate cell checks. The prisoners did not like Broc especially the ones who’s drugs he found. They might have fooled the officers but they knew Broc would rat them out. Even though he was a super sniffer Broc had to retake the detection dog test every year to prove he was up to the job.

One Friday afternoon word spread that the top dog was hanging up his leash to retire. My Barrington the Chaplain for several prisons heard about Broc and decided to pay him a visit. Out of curiosity Mr. Barrington wanted to know what happened to these faithful dogs at retirement, as luck would have it Broc was up for re-homing. He went to see Broc in his kennel and it was love at first sight.

This little charmer had just found himself a new home. After a week of visits Broc moved into his new abode where all the fun and games began. Having been so disciplined all his life he could finally let his ears down and be a pet. He soon found where the pantry was and stole twelve mince pies and two giant ginger bread men (culminating in a trip to the vet as raisins are toxic to dogs.) 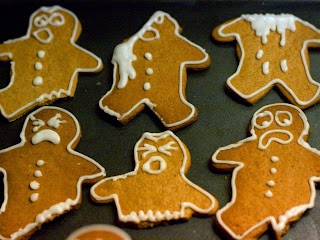 Not letting old habits die hard, he would regularly jump into open car boots of strangers to ‘search’; thankfully no one took offence after being given the all clear by him.

Broc, keen to keep the neighbourhood clean would often given out indications of drugs to alert his owner, much to his embarrassment. This led them to swiftly exit certain situations.

The true professional he was, he liked to go on regular voluntary work to sit and look handsome whilst his owner gave talks on the work of drug dogs throughout north Lancashire prisons. He thrived on the attention and never faltered for his adoring public.

He was a favourite at the Vets, everyone knew his name and he was always so pleased to come in and see us.

Broc’s owner was invited to Buckingham Palace for lunch with the Queen, after receiving his award for services to the prison service as a Chaplain. At the meal many people asked about Brocs achievements including the Queen and The Princess Royal. Not many dogs can say they have been held in esteem by HRH!

During June 2014 at the tremendous age of fourteen, Broc became extremely poorly. He was taken to Bay Vets for emergency treatment after he collapsed suffering with breathing difficulties. The Vets and nursing team did all they could and Broc survived the night. The next day Broc was brighter and was allowed home on treatment. He returned several times over the next few weeks for further check ups and treatment, but unfortunately he did not get back to his old self.

Broc had lost his love of life and was battling on for his best friend and owner. On June 17th 2014 his devoted master made the heart breaking decision to let Brock pass over the Rainbow Bridge. He can now patrol the skies on a much grander scale.

Broc leaves a hole in many peoples lives but they can be filled with all the memories of his crime fighting, caring and companionable ways.

About the Author: Bay Vets